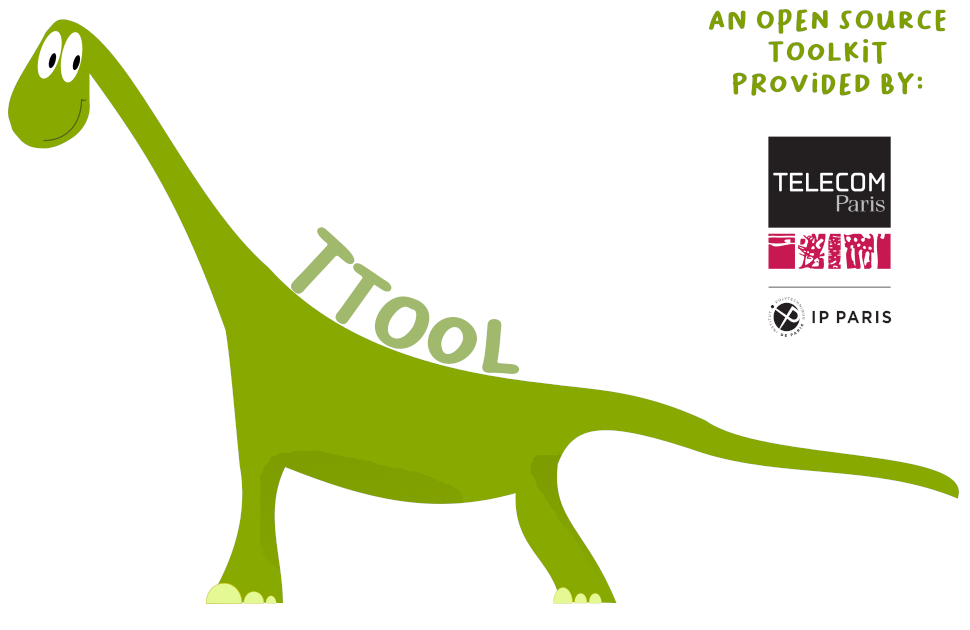 
How to generate the simulator code?

The simulator can be used to output a reachability graph of the system under design. To do so, enter the following command (the graph will be saved in mygraph:

"Cmd" stands for "Command", "P1", "P2", "P3", "P4, P5" represents the parameters of the command. The two next columns explain whether the command can be executed with the command line interface ("Impl:Sim"), or from the TTool graphical simulation window ("Impl:GUI"). By default, all commands are synchronous, that is, they can be executed only when another command is not currently under execution by the simulator. Yet, the simulator accepts a few asynchronous commands that can be accepted by the simulator while the latter is executing another command (column "Async").

Events generated by the event sources

Components of the simulation engine can transmit information events. They are listed in the following table.